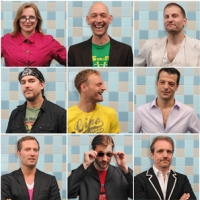 Who says that brass is the exclusive domain of the Bavarians? Trumpets, saxophones, trombones and tubas have long been breaking away from the Bavarian idiom, turning into a global vernacular. In a cultural melting pot, brass makes for a particularly hot brew. The nine gentlemen in beat 'n blow and their charismatic lead singer Katie La Voix certainly make use of the Berlin factor, in their case combining funk and soul with occasional flourishes of Mariachi, New Orleans, Caribbean and Balkan Brass along with a pinch of dub. On the ten-piece band's fifth album, once again recorded in Berlin, this febrile amalgamation of styles comes across a bit more direct, intensive and straight from the heart - or simply "NACKT UND ROH" (naked and raw).

It all started with two old Volkswagen vans, travelling through Italy in 1994. At the time, the band was exclusively instrumental. One can only assume that the natives, historically not averse to the sound of brass, were enthusiastic, for beat 'n blow had gathered enough momentum to bring out their first album "Modern Brass" as early as 1996. "Marching Band", as they were called at the time, had already adopted the high-grade funky soul which still dominates the sound of the out-of-step Berliners – "with a capital S" as they put it on their second album "Time" (2003). The sound was layered according to a tactical 2-3-1-1-2 line-up consisting of two shiny trumpets (Steve M. Gold and Lukas Linhart), three inventive saxophones (Jasper Bieger, Bernhard Ullrich and Björn Frank) in the forward position, a full-chested trombone (Christian Fischer) and an effervescent tuba (Steve R. Lukany) as solid support in the midfield and two lightning fast drummers (Micky Bister and Enno Kuck) guarding the rear. This premier league team on the Berlin brass scene had everything - except a lady.

With her husky, soulful and powerful voice, Katie La Voix, who initially shared lead vocals with the soul man Uli Wolf - including the hit song "Girl!" which was played in hot rotation on WDR Funkhaus Europa for months, winning the band contest at the 2007 Karneval der Kulturen - fitted the bill. 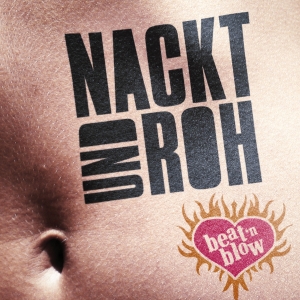