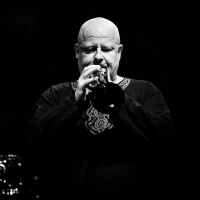 He was named Professor of Trumpet at the Conservatoire de Luxembourg in 1982, and in 1986 founded the Jazz Department of which he remains the head.

He has many of albums ranging from Classical (Film Music for George and the Dragon and for JCVD) to Jazz to Dance, notably his early jazz groups, “Atmosphere” and “Life’s Circle” and more recently his jazz group “Largo”, which released 2 albums on Warner Jazz, London, and has most recently released the third “Largo” album titled “It’s All About Us” in October 2009 on his own label WPRJazz. “I am so tired of all the backward looking that goes on in Jazz right now. The original innovators were just that… innovators, and they took influence from everything that was around them. They didn’t try to sound exactly like anyone else. Jazz is a living music, and it doesn’t belong in the past. It needs to move on. Hip-Hip, DJ culture, dance music, it all plays a part in my composing”

He began composing at 15, with the Luxembourg Jazz Five, and has always composed original music for his many formations, expanding into the composition and production of music for Film and Television in 1989, with the original score for “A WOP BOP A LOP BOP” for which he was nominated for Best European Film Composer. Since that time he has composed and produced over 160 original scores for Film and TV.

Many of his Film music scores were written for Symphony Orchestra and he has conducted and recorded them with the Orchestre Philharmonique du Luxembourg. He has also conducted several very special public productions with Orchestre Philharmonique du Luxembourg, such as a coronation celebration concert for Luxembourg’s Grand Duke in 2000 with Patricia Kaas, and the opening of the Tour de France in 2002 with the Scorpions.

In 2004 Waltzing founded WPR (Waltzing-Parke Records), the mother company of his “WPR Jazz” label. To date Gast has recorded and produced 8 new jazz artists on this label, with 3 more released by fall of 2010. WPR Jazz is distributed throughout Europe. A second label, WPR music was started in 2005 with two pop/rock artists. For more information on Waltzing or his recording label visit: waltzingparke.com

It was quite natural for the Salle Grand Duchesse Charlotte to choose Waltzing to program and conduct the first “Pops At The Phil” in May 2006, a newly founded series at the Philharmonie in which the Orchestre Philharmonique du Luxembourg performs a more popular program with popular soloists. This first concert was more than sold out (they actually added chairs in the hall) and enjoyed a huge success with local soloists and the famous Belgian jazz singer Maurane. He is now head POP’s conductor for the Salle Grand Duchesse Charlotte, in Luxembourg and has each year organized a concept program for the POPs concert with the Orchestre Philharmonique du Luxembourg, and such artists as the New York Voices, James Morrison, and Dionne Warwick. This year Waltzing also conducted the Deutsche Radio Orchester, both in Saarbrucken and at the Salle Grand Duchesse Charlotte in Luxembourg for this POP’s concert event with the award winning Contra-tenor Adreas Scholl and Orlando. 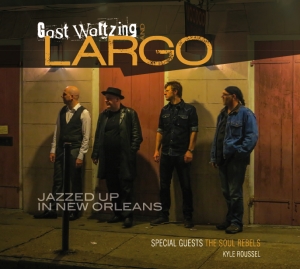 Jazzed Up In New Orleans